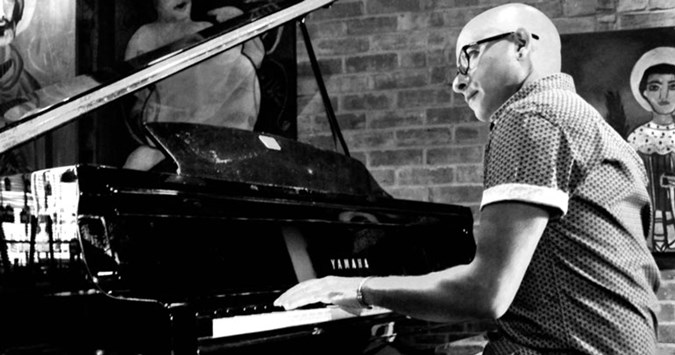 Primarily Dino's show is as a duo or soloist for weddings and private parties - this can be increased to trio, quartet or quintet with sax, bass and guitar added at your discretion.

A regular at The Jam House music venues around the UK.

Dino Baptiste is a highly energetic pianist, vocalist and entertainer from London UK. Now residing in Birmingham, Dino has strong links to Blues, Boogie Woogie & Rock & Roll as well as performing mainstream classics & current cover songs. His influences revolve around three idols since a teenager - Little Richard, Jerry Lee Lewis & Ray Charles. Here, Dino has seen each one a legend, perform with such showmanship and charm that has reflected in his own performance. Demonstrating a wealth of professional experience covering a 25-year period since 1989, Dino currently showcases over 270 live shows per year including specialised Blues and Boogie Woogie concerts and residency gigs at various club, pub and restaurant venues throughout the UK and abroad. He performs with flexibility and diversity, offering high quality entertainment for every type of gig including private functions from weddings to birthday parties and corporate events.

Dino comes equipped with his own Roland digital stage piano, fully updated Yamaha sound system, lights and music playback via an iPod to ensure a professional production and performance of the highest standard. Dino can provide his own unique style of entertainment in various formats from soloist to duo, trio or a full 5-piece band.

Fully mobile, his popularity takes him all over the UK and worldwide where he is a regular performer at some of the most prestigious international music events. An extremely talented musician, Dino Baptiste continues to maintain a very original and dynamic level of entertainment, commanding a truly remarkable and enthusiastic connection with his audience, but with a serious element of “jamming - sealed with some downright tongue & cheek boldness."

“What else can I say! The evening was fantastic and you were absolutely fantastic. You certainly made it so special”  Fiona & Steve - 50th Birthday Party - September 2013

“Seeing the dance floor full of family and friends from the last chorus of our first dance until your final note, will be one of our lasting memories of what was a very special wedding day” Emily & Andy - Bride & Groom - September 2013