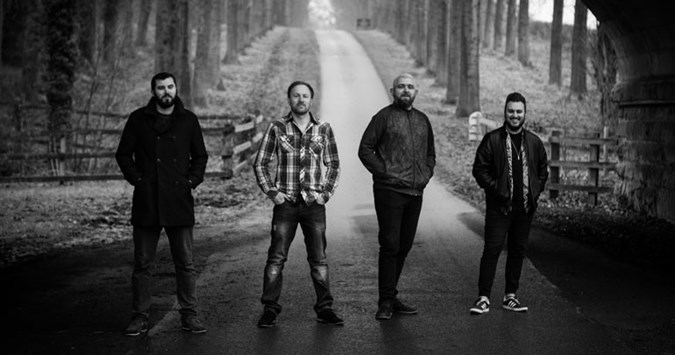 The Colour Six are one of the UK's premier covers bands, playing songs from all Era's and Genres in their own unique, entertaining way.

The 4-piece deliver everything you would expect from a covers band and more. Many songs that you know and love are carefully placed in the sets, along with a few surprises to ensure that everybody in the venue leaves with a smile on their face.

The band have played, and are available for all type of events from weddings and private party's to Corporate and festival appearances. A lot of the events played have been booked from people attending other events the band have played at, showing that the live show is one that is not easily forgotten!

The Colour Six formed over 10 years ago as the 4 friends had a mutual respect for live music. From that moment on the momentum of the band has continued to grow which has seen them play in all type of venues all over the UK. John is the lead vocalist, he has everything you expect from a frontman and more, A fine vocal range and differentiating style accompanied with audience participation leaves the crowd captivated. Loz is the guitarist and second vocalist, His voice compliments Johns when singing backing vocals and then bursts into life on the songs when he sings lead. This allows the band to play many different styles with 2 strong singers. Loz's guitar playing is adaptive to every style of music, weather it be a slow chord based song or an in your face riff/solo epic. Russ is the drummer, despite being at the back he remains a focal point of the band. His energy never seems to waiver and his intricate playing style expands the songs to a huge degree. Craig is the bassist, He too has an adaptive style to really bring out the best in each and every song. This creates a solid rythem section as the strong bass-lines couple well with Russ' drumming.

Enquire about booking The Colour Six