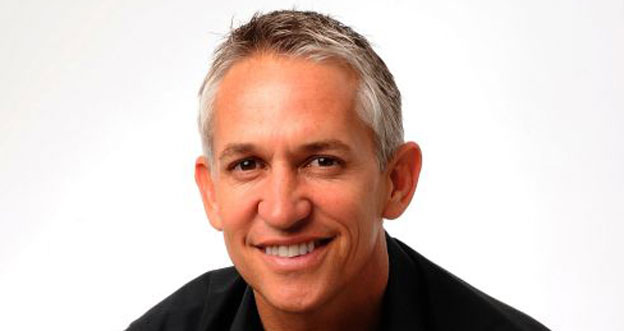 Gary Lineker is an accomplished TV Presenter and Awards Host. He retired from international football with 80 caps and 48 goals, one fewer than Bobby Charlton's England record.

Gary Lineker on TV and Radio

Following retirement from professional football, he developed a career in the media, initially on BBC Radio 5 Live, as a football pundit before replacing Des Lynam as the BBC's anchorman for football coverage, including their flagship football television programme Match of the Day. Gary was also a team captain on the acerbic sports game show, They Think It's All Over.

Lineker presented most of the 2006 World Cup matches for the BBC, chairing a panel of pundits which included Alan Hansen, Alan Shearer and Martin O'Neill.

Gary Lineker has appeared on Hell's Kitchen, The One Show, and Ant & Dec's Christmas Show in 2009. Alongside Christine Bleakley, he was also the co-presenter for BBC's Sport Relief 2010 and has made numerous personal appearances over the years, including Friday Night with Jonathan Ross in 2010.