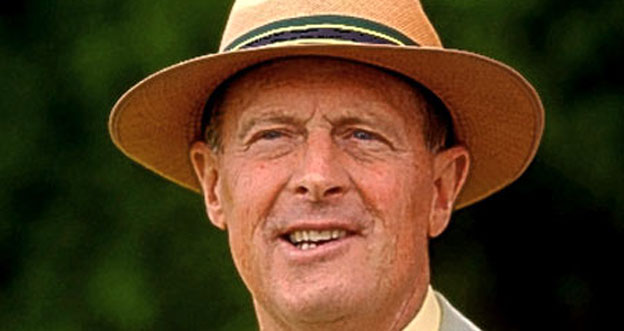 Geoffrey Boycott OBE (born 21 October 1940) is a former Yorkshire and England cricketer. In a prolific and sometimes controversial playing career from 1962 to 1986, Boycott established himself as one of England's most successful opening batsmen.  Since retiring as a player, Boycott has found further success as a cricket commentator.

Boycott made his international debut in a 1964 Test match against Australia.  He was noted for his ability to occupy the crease and became a key feature of England's Test batting line up for many years, although he was less successful in his limited One Day International (ODI) appearances. He accumulated large scores – he is the fourth highest accumulator of first-class centuries in history, and the first English player to average over 100 in a season (1971 and 1979) – but often encountered friction with his team mates.

After 108 Test match appearances for England, Boycott ended his international career in 1982 as the leading Test run scorer with over 8,000 Test match runs,  earning an OBE for services to cricket. He was dropped from the Yorkshire team in 1986 as the leading run scorer in first-class cricket. While still a young player, he had been named as one of five Cricketers of the Year by Wisden, the Cricket Almanack, in 1965. He was inducted into the International Cricket Council's Hall of Fame in 2009.

After his playing career ended, Boycott became an often outspoken and controversial cricket commentator on both radio and television. In 1998, it was alleged that Boycott assaulted his former girlfriend Margaret Moore; he was given a suspended sentence and fined. In 2002, after being diagnosed with throat cancer, he underwent successful radiation treatment, and went into remission. He revived his commentating career in 2003, and continues to attract both criticism and praise. He is currently a member of BBC Radio 4's Test Match Special commentary team.