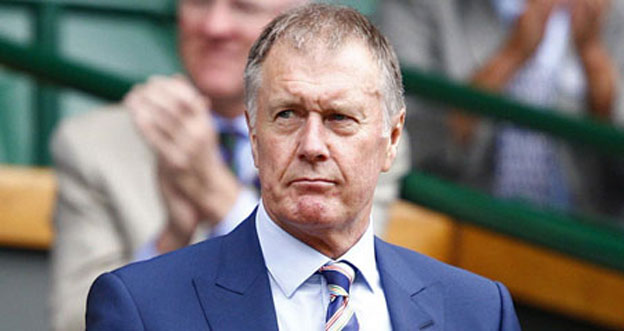 Geoff Hurst has undertaken a number of speaking engagements across the world for many companies, including Proctor and Gamble, Toyota, The World Sponsorship Council, Lloyds Bank.

Geoff's speeches range from entertaining after dinner speeches to motivational addresses. The standing ovations Geoff Hurst receives prove that he is far more than a footballer that got lucky on one hot July afternoon

Across the world, Sir Geoff Hurst certainly needs no introduction. He is a sporting legend who is still the only player ever to score a hat trick in a World Cup final.

Geoff Hurst is the man who made sure it really was all over for Germany. He scored the third goal of his hat-trick in the dying moments of the 1966 World Cup as the crowd streamed onto the pitch sealing the victory over Germany.