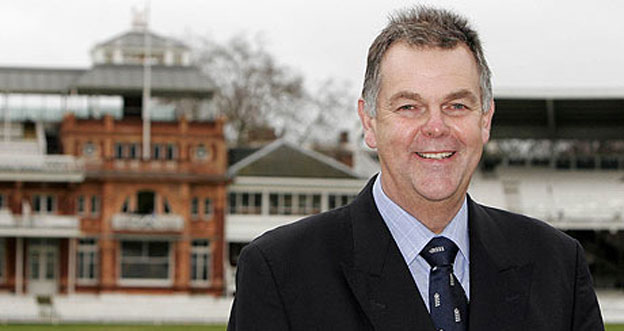 Former England cricketer and after dinner speaker Geoff Miller spent twenty years on the professional cricket circuit, representing Derbyshire, Essex, Natal and England, travelling to all the major Test playing countries and playing with or against all of the present day greats.  To which he freely admits, “I wasn’t one of them”.

In 2008 Geoff was selected as National selector by the England & Wales Cricket Board.

Geoff Miller as After Dinner Speaker

Apart from cricket, Geoff’s greatest attribute was the ability to keep his team mates amused with his hilarious dry northern humour, which he now brings to the after dinner speaking stage from his roots in Chesterfield.  “I’ve always thought that both life and the game of cricket are taken far too seriously and it is necessary to see the funny side on occasions.”

By virtue of the sport he was in, and the life he has led, Geoff now possesses a whole host of hilarious anecdotes and stories about himself and his colleagues that he relates in both, all-male or mixed company.  Naturally, cricket is not the only subject to be put under the microscope in his search for amusement.