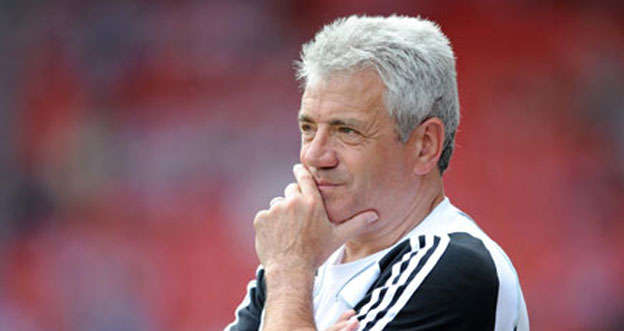 As a player in the 1970s and 1980s, he has been described as "arguably the first superstar English player to attract the modern media spotlight".  He began his playing career at Scunthorpe United in 1968, before moving to Liverpool of Division One in 1971. At Liverpool, Keegan won three First Division titles, two UEFA Cups, one FA Cup and the European Cup. He also gained his first England cap in 1972, and moved to German top-flight club Hamburger SV in the summer of 1977. At Hamburg he was crowned European Footballer of the Year in both 1978 and 1979, won the Bundesliga title in 1978–79, and reached the European Cup final the following year. Keegan moved to Southampton that summer, and spent two seasons at the club before a transfer to second-tier Newcastle United in 1982. He helped Newcastle to promotion in his second season, and retired from football in 1984, having been capped 63 times for England, scoring 21 goals.

He moved into management at Newcastle in 1992, again returning the club to the top flight, as First Division champions. After promotion, Keegan's Newcastle finished second in the Premier League in 1995–96, after leading the table most of the season. After a spell at Fulham, he took charge of the England team in 1999 but resigned in the autumn of 2000, following a loss against Germany in World Cup qualification (this was also the last game at the old Wembley Stadium). He then became manager of Manchester City in 2001 and spent four years at the club before resigning in 2005. He had been out of football for almost three years when he returned to Newcastle United for a second spell as manager in January 2008. This spell lasted only eight months, however, as Keegan resigned on 4 September 2008 following days of speculation regarding a dispute with the club directors.