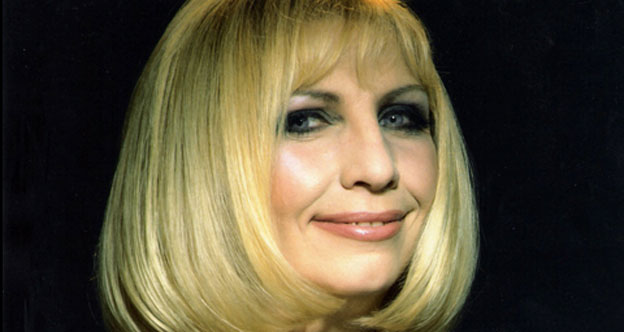 Barbra Streisand’s numerous awards and unparalleled accomplishments have made her one of the most recognised artists in the world today. Her career has been paved with bold, creative achievements and highlighted by a series of firsts.

When Love Is The Answer reached #1 last year it marked yet another, she became the first (and only) artist to have a number one album in each of the last five decades. Barbra is a collection of greatest hits that span Barbra Streisand’s entire career.

Not many tibute artistes can lay claim to recording songs of their chosen performer with a 46 piece orchestra for BBC Radio Two. Tina recorded 8 classic Streisand tracks.

In a 25 year professional career, Tina has starred in top theatres, night clubs and cruise ships performing in cabaret. Highlights include seasons at The Café de Paris - The Stork Rooms - The Talk of London, Drury Lane - The Ivy Restaurant, Soho, London - The Night Out Theatre Restaurant, Birmingham - Thomson 5 Star Hotel in Cyprus - the Hyatt Regency Hotel, Dubai and the Dragonara Hotel, Malta, and numerous appearances onboard the world’s most famous cruise liner the QEII.

In summer seasons she has supported many top stars including Rolf Harris, Tom O’Connor, Roger De Courcy, Jim Davidson, Freddie Starr and Mike Reid to name but a few.  Tina has also acted in comedy sketches. She also played Principal Boy in Cinderella at the Rickmansworth Theatre in Hertfordshire.

As a vocalist and entertainer she is a versatile and accomplished professional performer whose repertoire ranges from The Great American Songbook to classic standards, Big Band Swing and the more popular ballads of the day.

A great performer and vocalist, and a truly wonderful representation of Barbra Steisand!!