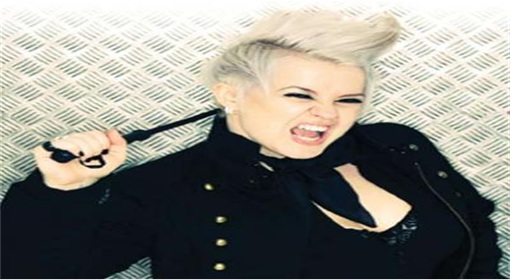 The woman behind 'Almost Pink' is Sheffield born singer songwriter Kyla. She is a powerful performer in her own right; accomplished and versatile with an outstanding vocal talent. Kyla is a highly respected singer, pianist and musician with many years experience within the industry. Performing has taken her all over the world, working with artists such as the original Temptations and many more. A record contract led to the recording of her own material which did extremely well in the dance charts. She now works along side some well known Dance music producers and DJ's, like Andy Littlewood, Darwin, Max Porcelli, Billy Daniel Bunter, JakaziD, as well as many others. She writes and produces for various record companies including Ministry of Sound and 989 Records. Writing and Recording in her very own project studio. Kyla also does session vocals for some of the Wii Nitendo games. Kyla will also be producing a CD which will be called "COVERED" and will feature at least ten tracks from Kyla's favourite contemporary artists.
Almost pink
Get your Party Started with ‘Almost Pink’ A thrilling, scintillating modern rock tribute show. Kyla's ‘Almost Pink Show’ captures the style, vocal technique, powerful energy and punk-ish no-nonsense attitude that is Pink. This Pink Tribute show encompasses the very essence of Pink right before your eyes. The superstar Pink already has five multi-platinum selling albums behind her, she has sold out several worldwide tours and has a massive loyal fan base behind her along with many catchy hit songs including:-
So What
Get The Party Started
Who Knew
Stupid Girls
Leave Me Alone (I’m Lonely)
U+Ur Hand
Just Like a Pill
Trouble
God is a DJ
Nobody Knows
Don’t Let Me Get Me
Family Portrait
Lady Marmalade. . . and many many more.
Almost Pink comes complete with crazy costume changes and a state of the art, computer controlled Robe™ lighting show together with a superb sound system. This superb production is ideal for private parties, tribute nights, gay clubs, nightclubs, cabaret venues, pubs, clubs, rock venues; in fact, almost anywhere that likes a powerful, fun, tongue in cheek sizzling rock/pop show.
Show Options
Almost Pink is an amazing power packed 60 minutes.