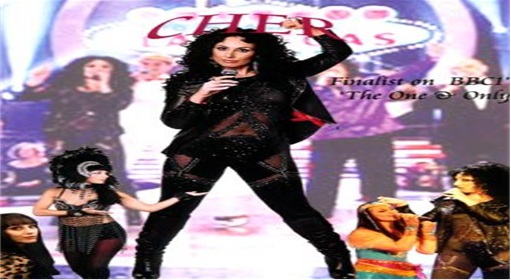 HAS ANYONE EVER TOLD YOU THAT YOU LOOK LIKE CHER?

For the last few years, this is a question Joanna has been asked many times. The similarity in looks between Cher - the multi-million album selling artist and Joanna are of course coincidental but the vocal and performing skills are not.
Appearing for the first time on stage at the age of eight, to an audience of two thousand people, Joanna has been performing ever since. Having trained in Musical Theatre, she then went on to perform in a variety of Theatre shows, touring both Britain and Europe, featured on Television, including a VH1 commercial as a Cher look-a-like and commercially released studio recording sessions.
During the last few years, Joanna has performed with and managed many successful acts, working with varied music styles and formats. Playing a vast amount of venue’s and events, from corporate functions, weddings, universities, and military bases, to pubs, clubs and festivals in England and abroad to audiences up to 10,000 people.
With continuous comparisons made by clients and audience alike to Joanna’s voice and looks resembling Cher, Joanna finally put together this Tribute and has not looked back since January 1999.
Offering a highly professional sound and look-a-like show, featuring song’s spanning Cher’s entire career, from the sixties to current day, this tribute is available solo or with a live band. Exciting costumes and many recognizable hit songs make for the ultimate evening’s entertainment.